In January of 2005, the Cornell Association of Class Officers established the William “Bill” Vanneman ’31 Outstanding Class Leader Award to recognize Cornell alumni who, in their capacity as class officers, have provided long-term exemplary service to the university and to their individual classes. The award is appropriately named in honor of Bill Vanneman ’31, who served his class tirelessly for over 75 years. 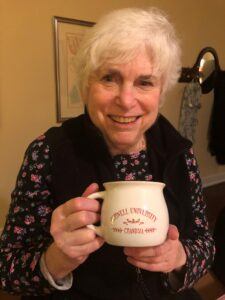 Linda is the ultimate Cornell class volunteer, having been involved as a class officer for nearly 30 years in roles such as Reunion chair, registration chair, and class council member. She first became involved with Reunion planning when she took on the responsibility of coordinating housing assignments (a highlight was making room arrangements for former Attorney General Janet Reno ’60 and her Secret Service detail when she made a surprise appearance at their 40th Reunion!). She’s taken on this task for every Reunion since. Linda has attended all of her class Reunions except for two. As former executive director of the Cornell in Washington program, she also hosted annual receptions for CIW alumni returning to campus for their class Reunions.

Linda goes above and beyond what is stated in her position description and is always willing to pitch in whenever needed, even at a moment’s notice. For her 60th Reunion in 2020, Linda was serving as the registration chair when unforeseen circumstances necessitated that Linda step up and take the reins with Reunion planning. On top of that, things changed drastically yet again when all Reunion planning had to pivot due to the pandemic. She and classmate Carrie Warnow Makover organized the virtual 60th Reunion, which ended in great success. She even participated as a contestant in the Cornell Trivia Game Show (while wearing her freshman beanie!).

Linda plays an important role in keeping the Class of ’60 together, whether organizing class meetings, helping with class communications, or connecting classmates with one another. Linda approaches all of her volunteerism with a positive attitude and a fabulous sense of humor. She’s selfless, hard-working, gracious, and kind, and cares deeply about her class and her classmates. She frequently attends Cornell events on a wide range of topics. She’s attended 47 of Corey Earle’s Zoom events—only one other Cornellian has attended more! 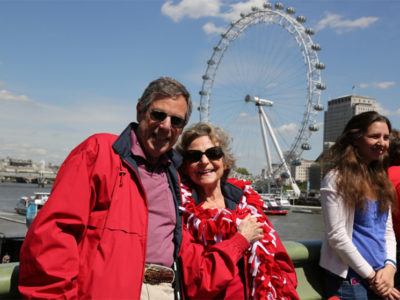