Europe’s “Eastern Crisis”
has witnessed the massing of military forces, armed intervention, and
the forceful occupation of territory, combined with harsh rhetoric and
outright falsehoods that hinder the pursuit of diplomatic solutions. The
situation is eerily reminiscent of the 1930s, when another
authoritarian state sought to reverse the consequences of what it
perceived as an unfair peace settlement and mounted an aggressive
campaign that engulfed the world in a disastrous war. An
interdisciplinary panel of Russian, Ukrainian, and US experts will help
us understand how we got to this point and what can be done.

After you register, by clicking on the registration button at the top of this page, you will receive a confirmation e-mail with a link to join the presentation on March 31. 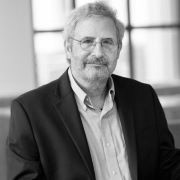 Mark R. Beissinger is the Henry W. Putnam Professor in the Department of Politics at Princeton University. He previously served on the faculties of University of Wisconsin-Madison and Harvard University. His main fields of interest are social movements, revolutions, nationalism, state-building, and imperialism, with special reference to the Soviet Union and the post-Soviet states. In addition to numerous articles and book chapters, Beissinger is author or editor of five books: Scientific Management, Socialist Discipline, and Soviet Power (Harvard University Press, 1988); The Nationalities Factor in Soviet Politics and Society (Westview, 1988); Beyond State Crisis? Post-Colonial Africa and Post-Soviet Eurasia Compared (Johns Hopkins University Press, 2002); Nationalist Mobilization and the Collapse of the Soviet State (Cambridge University Press, 2002); and Historical Legacies of Communism in Russia and Eastern Europe (Cambridge University Press, 2014).

Beissinger’s research has been supported by the John Simon Guggenheim Memorial Foundation, the Institute for Advanced Study at Princeton, the Wissenshaftskolleg zu Berlin, the Woodrow Wilson International Center for Scholars, the National Science Foundation, the United States Institute for Peace, and the Ford, Rockefeller, and Olin Foundations. Beissinger received his B.A. from Duke University in 1976 and Ph.D. from Harvard University in 1982. 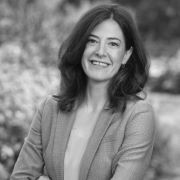 Bryn Rosenfeld is Assistant Professor in the Department of Government. Her research interests include political behavior, development and democratization, protest, post-communist politics, and survey methodology. Her first book, The Autocratic Middle Class (Princeton University Press, 2020) explains how middle-class economic dependence on the state impedes democratization and contributes to authoritarian resilience. Her other projects investigate the causes and consequences of participation in mass demonstrations, how economic performance affects the popularity of ruling parties in electoral autocracies, and how Russian media respond to government pressure. She is also interested in statistical methods for studying protest participation and survey experiments for sensitive topics. Her work has appeared in the American Political Science Review, the American Journal of Political Science, Comparative Political Studies, and Sociological Methods & Research. Previously, Professor Rosenfeld was an Assistant Professor of Political Science at the University of Southern California, a Postdoctoral Prize Research Fellow at Nuffield College, University of Oxford, and worked for the U.S. State Department’s Office of Global Opinion Research. She is the recipient of a Best Article Award honorable mention and the Juan Linz Best Dissertation Prize, both by the American Political Science Association’s (APSA) Democracy & Autocracy Section, as well as the U.S. State Department’s Meritorious and Superior Honor Awards for her analysis of Russian public opinion. She holds a PhD from Princeton University. 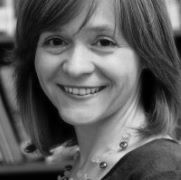 Kateryna Pishchikova is an Associate Research Fellow at ISPI and an Associate Professor of Political Science and International Relations at the eCampus University. Prior to her current role she was a visiting scholar at the Cornell University, NY eCampus and an associate fellow at FRIDE, a Madrid- and Brussels-based think tank.

Before coming to Cornell, she was at the Transatlantic Academy in Washington, DC and a research fellow at the Scuola Superiore Sant’Anna in Pisa, Italy. Dr Pishchikova was also a visiting scholar at the Kennan Institute of the Woodrow Wilson Center for International Scholars. Her geographic area of expertise is the former Soviet Union, with particular focus on Russia, Ukraine, and Belarus. She holds a PhD from the University of Amsterdam. She has an MA in Gender Studies from the Central European University in Budapest, Hungary, and an MA in Linguistics from the Kharkiv State University, Ukraine. During her graduate studies, Kateryna Pishchikova worked with the EU Project TACIS and on several projects with youth NGOs in Ukraine. 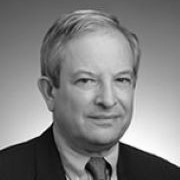 Nicholas Rostow is a Senior Partner with the firm of Zumpano, Patricios & Popok PLLC in New York, NY.  He also is a Senior Research Scholar at the Yale Law School.  He is currently a visiting professor of law teaching international law at Cornell Law School during the spring 2022 semester.

Prior to joining Zumpano, Patricios& Popok, Mr. Rostow was in individual private law practice.  He also held the Charles Evans Hughes Visiting Chair of Government and Jurisprudence at Colgate University, 2016-18, and, in 2018, simultaneously the Sol M. Linowitz Visiting Professorship of International Relations at Hamilton College.  Before joining the Colgate faculty, he served as University Professor at the National Defense University, specializing in international and national security law and affairs and U.S. government and international decision-making in foreign and national security policy.  He served as Senior Director of the Center for Strategic Research, Institute for National Security Studies at the National Defense University, 2011-15. 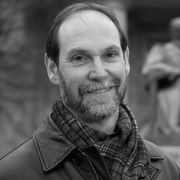 He received his undergraduate degree in Russian History and Literature from Harvard, a certificate in Russian language from the Pushkin Institute in Moscow, and his MA and PhD in Government from Cornell.  After ten years on the faculty at the University of Michigan, Professor Evangelista returned to Cornell in 1996.  He has been a visiting scholar at Harvard, Stanford, the Brookings Institution, and the European University Institute in Florence; a visiting professor at the Università Cattolica del Sacro Cuore in Milan, Università di Bologna, and Università di Roma Tre; and was the inaugural guest professor at the Leibniz-Institut Hessische Stiftung Friedens- und Konfliktforschung (HSFK) / Peace Research Institute Frankfurt (PRIF) in 2019 .  He has served as director of Cornell’s Judith Reppy Institute for Peace and Conflict Studies from 2002 to 2008 and from 2015 to 2018, and as chair of the Department of Government from 2008 to 2011.

Professor Evangelista is the author of five books: Innovation and the Arms Race (1988); Unarmed Forces: The Transnational Movement to End the Cold War (1999), winner of the Marshall Shulman prize from the American Association for the Advancement of Slavic Studies and the Jervis-Schroeder Prize from the American Political Science Association; The Chechen Wars: Will Russia Go the Way of the Soviet Union? (2002); Law, Ethics, and the War on Terror (2008); and Gender, Nationalism, and War: Conflict on the Movie Screen (2011).

Presented by the Judith Reppy Institute for Peace and Conflict Studies, with co-sponsorship from the Institute of European Studies at the Mario Einaudi Center for International Studies, and the Institute of Politics and Global Affairs, Cornell University.