This is Rocket Science: Cornell’s Contributions to Discovering the Universe

Registration is closed. Walk-ins are welcome. Payment is accepted via cash, credit card, or check.

Cornellians are pioneers in humankind’s quest to discover the universe.
Cornell University’s contributions to space exploration dates back over
one hundred years. Today, top faculty and alumni are designing critical missions
to explore various ecosystems and habitats beyond Earth, looking for
life on other planets, leading communication strategies between NASA and
the government, and even preventing the contamination of space with
Earthly elements.

Join Cornell Alumni Affairs and Development, the College of Arts and
Sciences, and the College of Engineering as we learn from an expert
Cornell panel, including: Catharine Conley, Planetary Protection Officer
at NASA, Ellen Gertsen, Senior Operations Research Analyst with the
Office of the Chief Financial Officer at NASA Headquarters, Jonathan
Lunine, Professor and Director of the Cornell Center for Astrophysics
and Planetary Science, and Mason Alan Peck, Associate Professor,
Aerospace Engineering and Systems Engineering.

Plus, enjoy space-themed hors d’oeuvres and an open beer and wine bar.

We hope you will join us as we take a glimpse into the universe.

Catharine Conley is the NASA planetary protection officer, responsible for ensuring that NASA missions follow policies on avoiding biological contamination between planets. She also serves as deputy chair of the planetary protection panel of the International Council for Scienceâ€™s Committee on Space Research (COSPAR), which is advisory to the UN Committee on the Peaceful Uses of Outer Space.  Previously, Conley held a position as principal investigator of the Actin Cytoskeleton Research Laboratory at NASA Ames Research Center. Her first flight experiment on the Space Shuttle Columbia inadvertently demonstrated that small animals can survive a meteoritic-style atmospheric entry event. 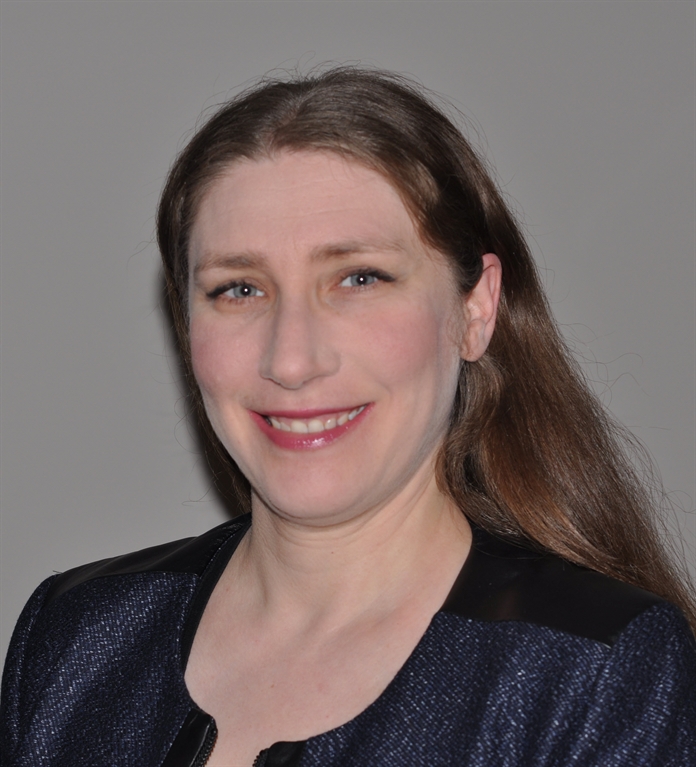 Ms. Gertsen is the lead for development of NASAâ€™s 2018 Strategic Plan and conducts analyses looking at health and composition of NASAâ€™s programs.  Ms. Gertsen also serves as the primary liaison to the Government Accountability Office for their biennial â€œHigh Riskâ€ assessment of major spaceflight project performance and engagements related to implementation of the Government Performance and Results Act Modernization Act of 2010.  Ms. Gertsen joined NASAâ€™s Office of Space Science (now the Science Mission Directorate) in 2003 as a Presidential Management Fellow and served as a policy analyst in that organization for a decade.  In that role, Ms. Gertsen specialized in engagement with key stakeholders in the scientific community and Congress on matters related to NASAâ€™s portfolio of Earth and Space Science missions.  In 2008-2009, Ms. Gertsen served as a NASA Congressional Fellow in the United States Senate to develop climate change legislation.

Ms. Gertsen graduated from the Cornell University College of Arts and Sciences in 2002 with a degree in the Science of Earth Systems.  She also holds a Masters in Public Administration in Earth System Science, Policy, and Management from Columbia University and a Masters of Science in Systems Engineering from The George Washington University.  While at Cornell, Ms. Gertsen served as the President and House Manager for the Alpha Chi Sigma professional fraternity and was a proud member of the Lynah Faithful.  Ms. Gertsen is a member of the Cornell Arts and Sciences Advisory Council. 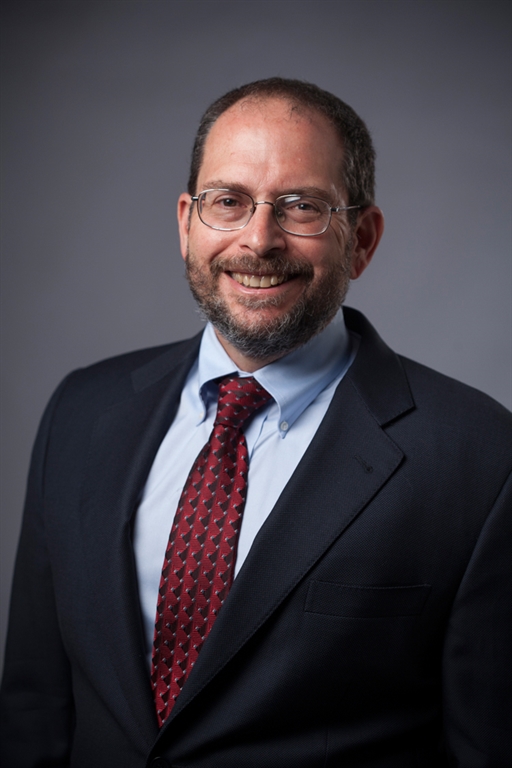 Lunine is interested in how planets form and evolve, what processes maintain and establish habitability, and what kinds of exotic environments (methane lakes, etc.) might host a kind of chemistry sophisticated enough to be called “life”.  He pursues these interests through theoretical modeling and participation in spacecraft missions.  He works with the radar and other instruments on Cassini, is co-investigator on the Juno mission launched in 2011 to Jupiter and on the near-infrared spectrometer under development for the Europa Multiple Flyby mission.  He is on the science team for the James Webb Space Telescope, focusing on characterization of extrasolar planets and Kuiper Belt objects.  Lunine is currently PI for a proposed mission to look for signs of life in Saturn’s moon Enceladus, and has contributed to concept studies for a wide range of planetary and exoplanetary missions. Lunine is a member of the National Academy of Sciences and has participated in or chaired a number of advisory and strategic planning committees for the Academy and for NASA. Learn more about Professor Lunine.

Dr. Peck is on the engineering faculty at Cornell University, where his research and teaching focus on Aerospace Engineering and Systems Engineering. From late 2011 through 2013, he was on leave serving as NASA’s Chief Technologist, one of the seven highest-ranking officials at the agency. In that capacity, he served as the primary advisor to the NASA Administrator on matters of technology-investment strategy, roadmapping, prioritization, partnerships, intellectual property, and commercialization. The Office of the Chief Technologist is home to the agency’s Technology Transfer enterprise, the Innovative Partnerships Office, Prizes and Challenges Strategy Office, and Emerging Space Office. His work with NASA since 2011 has included collaborations in space-policy development with the executive and legislative branches of the U.S. government. Examples include new technology initiatives at the agency, including the Asteroid Grand Challenge and the program in Foundational Investments in Engineering Science.

His areas of academic expertise include next-generation space-system architectures, mission design, and GNC. His background represents a breadth of leadership experience in space technology across academia, the aerospace industry, and DoD. It extends from early-stage theoretical work through flight hardware and mission operations. His research has been funded by DARPA, AFOSR, NASA, and U.S. aerospace prime contractors.

Peck has been a member of the Guidance, Navigation, and Control Technical Discipline Team of the NASA Engineering Safety Council since 2009. He also has worked as a consultant in advanced technology and business development for spacecraft contractors including Johns Hopkins Applied Physics Lab, SpaceX, Northrop Grumman, and Lockheed Martin. In addition to this ongoing consulting work, he has over 10 years’ experience in the aerospace industry, primarily at Boeing Satellite Systems (the former Hughes Space and Communications), where his responsibilities included commercial and government spacecraft systems engineering as well as mission operations for several spacecraft. At Honeywell, he served as Principal Fellow, the most senior engineering position in the company, focusing on technology strategy, new business, and special programs. He has 19 patents in space technology that stem from this work.

Recognized for his teaching and mentorship at Cornell, Peck created and directed the Space Systems Design Studio, in which many students and staff collaborate on several Air Force and NASA-funded flight programs. His work with small spacecraft (three launched since 2012) has included collaborations at JPL, Draper Lab, and Lockheed, as well as academic institutions. His lab’s KickSat, launched in April 2014, is the world’s first crowdfunded spacecraft. His space technology blog at http://www.spacecraftlab.com and recent television and radio interviews have given Peck the opportunity to share his enthusiasm for exploration with the public. Learn more about Professor Peck. 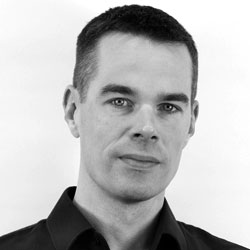 Christopher Crockett worked as both an electrical engineer and a high school physics teacher before getting a Ph.D. in astronomy from the University of California, Los Angeles. After eight years of searching for exoplanets, probing distant galaxies and exploring comets, Chris realized he enjoyed talking about science a lot more than actually doing it. After being awarded a 2013 AAAS Mass Media Fellowship to write for Scientific American, he left a research career at the U.S. Naval Observatory to pursue a new life writing about anything and everything within the local cosmological horizon. Having spent the last three years as the astronomy writer for Science News, he now freelances.