Cornell Public Debate: Are We Better Off With or Without Social Media?


This event has reached registration capacity. Kindly register here to be put on the waitlist. Thank you!


The Cornell Speech and Debate Society, The School of Industrial and Labor Relations, and Alumni Affairs and Development invite you to an afternoon of civil discourse! Now featuring welcome remarks by Kevin Hallock, Kenneth F. Kahn ’69 Dean, ILR School.

Join us as Cornell alumni and current students face off in a debate on whether or not social media has enhanced or hindered society. With over two billion active Facebook users worldwide and countless other social platforms, it gets harder every day to find someone not digitally connected. No longer simply an enhancement tool for our lives, social media now infiltrates every part of it. It connects us to everything from friends and family, to everyday mundane tasks, to exciting news and innovative breakthroughs. But is all this connectivity and sharing beneficial? What cost does social media have on our privacy and personal well-being today? Debaters will examine all aspects of the topic and engage in a lively discourse. Featuring:

ABOUT THE DEBATERS:
Moderator: 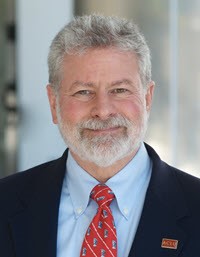 Arthur Spitzer ’71 is Legal Director of the American Civil Liberties Union of the District of Columbia. He was born in Brooklyn, raised in Queens and graduated from Bayside High School, Cornell University (ILR ’71), and Yale Law School. After clerking for a federal judge, he practiced for several years at Wilmer, Cutler & Pickering (now WilmerHale) before ascending to his current position on April Fool’s Day, 1980.He has represented such clients as Glen Burton Ake (whose death penalty conviction was reversed by the Supreme Court because Oklahoma refused to provide him with a psychiatrist to assist in presenting his insanity defense), the White House Vigil for the Equal Rights Amendment (challenging restrictions on demonstrations in front of the White House), Louis Farrakhan (challenging his exclusion from Mayor Marion Barry’s criminal trial), the Christian Knights of the Ku Klux Klan (when they were denied a parade permit in DC), the National Black Police Association (challenging ultra-low DC campaign contribution limits), People for the Ethical Treatment of Animals (when their design for an abused circus elephant was rejected from the DC “Party Animals” display), Guantanamo detainee Mohamedou Ould Slahi (in a habeas corpus action seeking his release), Milo Yiannopoulos (when an advertisement for his book was removed from Metro stations after some complaints by riders), and Jane Doe (a juvenile in federal custody who was being blocked from obtaining the abortion she wanted). He is a member of the American Law Institute and a Master at the Edward Coke Appellate Inn of Court. His dog’s name is Justice. He is not related to former New York Governor Elliot Spitzer. 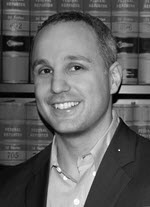 Derek Shaffer ’96 was one of the top policy debaters in the country before graduating from Cornell (ILR) in 1996 and then Stanford Law School in 2000.  Following law school, he clerked on the D.C. Circuit (for Douglas Ginsburg), was a partner at Cooper & Kirk and served as the Executive Director of the Stanford Constitutional Law Center.  Since 2012, Mr. Shaffer’s been a partner at Quinn Emanuel Urquhart & Sullivan in DC, where he currently chairs the Government & Regulatory Litigation practice.

Kate Comerford Todd ’96 started her four-year tenure on the debate team as a novice at Cornell (Arts & Sciences) before graduating in 1996 and then Harvard Law School in 1999.   Following law school, she clerked at the U.S. Supreme Court (for Justice Clarence Thomas) and the U.S. Court of Appeals for the Fourth Circuit (for Judge J. Michael Luttig); was a partner at Wiley, Rein & Fielding; served as associate counsel to President George W. Bush; and most recently served as senior vice president and chief counsel of the U.S. Chamber Litigation Center.  Todd lives in Virginia with her husband, Gordon, and their four children. 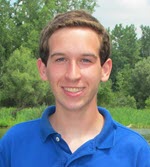 Dan Stoyell ’18 is a Computer Science major in the college of Arts and Sciences, class of 2018, from Lansing, NY. He was a grand finalist at USUDC 2017, as well as the 2016 Pan-American Championship. He’ll be working as a software engineer for Facebook after graduation. 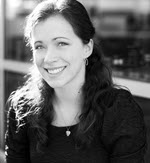 Emma Rose Wirshing ’19 is a Computer Science major in the College of Engineering, pursuing a B.S. and an M.Eng. as a member of the Class of 2019. She grew up in San Francisco, California, and started debating when she got to Cornell as a freshman. She’s a 2017 Yale IV Quarterfinalist, a 2016 North American Universities Debating Championship Quarterfinalist, and, along with Dan, the champion of the 2017 Huber Debate Tournament. She’ll be working as a software engineering intern for Microsoft summer of 2018. 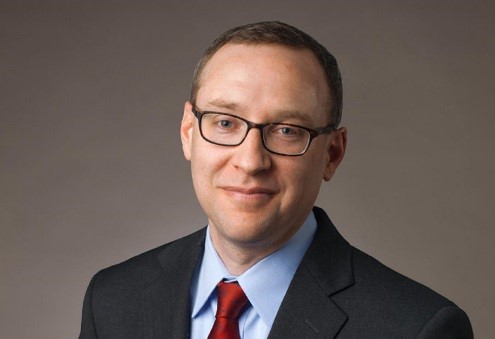 Kevin Hallock is the Kenneth F. Kahn Dean and the Joseph R. Rich Professor of Economics and Human Resource Studies in the ILR School at Cornell University. Previous Cornell positions include the Chair of the Financial Policy Committee, the Donald C. Opatrny Chair of the University-Wide Department of Economics, and founding Director of the Institute for Compensation Studies. He has been at Cornell since 2005. He is also a Research Associate at the National Bureau of Economic Research and on the Board of Directors of Society of Certified Professionals at WorldatWork. In 2013, he was elected a Fellow of the National Academy of Human Resources. He earned a B.A. in Economics, Summa Cum Laude, from the University of Massachusetts at Amherst in1991, a M.A. in Economics from Princeton University in 1993 and a Ph.D. in Economics from Princeton University in 1995. Read more here.

ABOUT CORNELL SPEECH AND DEBATE SOCIETY:

The Cornell Speech and Debate Society is the only university sponsored speech and debate organization at Cornell. We compete in Policy debate, Worlds debate, and Individual Speech events. The organization is one of the largest of its kind in the United States, boasting over 120 members from diverse backgrounds.

The CSDS is one of the most successful debate societies in the world. The Worlds Debate team is consistently ranked in the top 10 debate programs in the world, the Policy team is ranked 10th nationally and rising, and the Speech team has produced several national champions. In addition to competitive success, we play a vital role in the campus intellectual community. Each semester, we host several public debates on topics relevant to the student community. Past debates have featured the British National Debate Team, People for Ethical Treatment of Animals (PETA), cadets from the U.S. Military Academy at West Point, and Ithaca Mayor Svante Myrick. Read more!