“The domestic politics of Chinese foreign policy and US-China relations”

How does China’s domestic governance shape its foreign policy? What role do nationalism and ideology play in Beijing’s regional and global ambitions?

The Chinese leadership has been at once a revisionist, defender, reformer, and free-rider in the international system—insisting rigidly on issues that are central to its domestic survival, while showing flexibility on issues that are more peripheral. To illuminate this variation and what might lie ahead for US-China relations and the international order, Weiss will discuss her new book project, which theorizes and illustrates the domestic-international linkages in Beijing’s approach to issues ranging from sovereignty and homeland disputes to climate change and COVID-19. 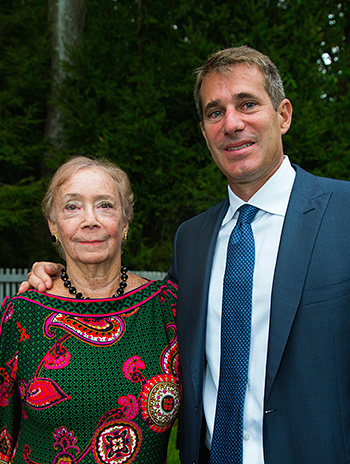 Muriel “Mitzi” Sutton Russekoff ’54 graduated from the College of Human Ecology. A proud and dedicated Cornellian, Mitzi’s enthusiasm continued long after she left the Hill. She served on the board of the Cornell Club-New York and, as co-president and secretary of the Class of 1954, she never missed a reunion.

David Russekoff ’89 established the Mitzi Sutton Russekoff ’54 Lecture in 2015 in memory of his mother.