Migration in the Age of Pandemics (Lund Critical Debate)

The spread of the COVID-19 pandemic has strained the world’s healthcare
systems and compounded challenges for governments and NGOs dealing with
global waves of forced and voluntary migration. The discussion will explore the geopolitical dimensions,
epidemiological aspects, and humanitarian issues of this critical topic
and illuminate key issues surrounding public health, migration, and
racial and social justice.

The spread of the COVID-19 pandemic has strained the world’s healthcare systems and compounded challenges for governments and NGOs dealing with global waves of forced and voluntary migration. These movements of peoples across borders have magnified pressing issues ranging from social and economic inequalities and global climate change to civil war and political unrest. In the United States and worldwide, how can we promote the best public health outcomes while working to protect human rights, manage resources, and address inequality?

With a focus on the intersection of mobility, human rights, and public health, the Einaudi Center’s Lund Critical Debate this year brings together one of the world’s leading public health policymakers at the World Health Organization with a United States Senator and Chair of the Senate Foreign Relations Committee, who led the Senate’s efforts to study the consequences of global forced migration. The event will examine the geopolitical dimensions, the epidemiological aspects, and the humanitarian issues of this critical topic. The debate will illuminate key issues surrounding public health, migration, and racial and social justice at stake globally and nationally.

The discussion will explore the geopolitical dimensions, epidemiological aspects, and humanitarian issues of this critical topic and illuminate key issues surrounding public health, migration, and racial and social justice.

Please click on the button at the top of this page to register for this event. After you register, you will receive a confirmation e-mail with a link to join the program on February 16.

Dr. Zsuzsanna Jakab serves as the Deputy Director-General of the World Health Organization (WHO), the United Nations agency dedicated to promoting public health and responsible for responding to health emergencies. Prior to her current appointment, Dr. Jakab has held several high-profile national and international public health policy positions: as WHO Regional Director for the European Region (2010-2019); as Founding Director of the European Centre for Disease Prevention and Control (2005-2010); and as State Secretary at the Hungarian Ministry of Health, Social, and Family Affairs (2002-2005), where she managed the country’s preparations for European Union accession in the area of public health. 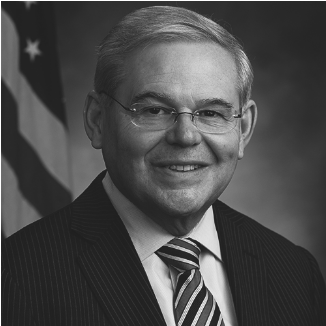 The son of Cuban immigrants, Senator Bob Menendez has represented the state of New Jersey in the United States Senate since 2006. As Chairman of the Senate Foreign Relations Committee, Senator Menendez has established himself as a foreign policy leader, seeking to do globally what he has done in New Jersey: support the most vulnerable in our society and lend a voice to those least able to speak for themselves. In June 2020, under his leadership, the committee published the report, “Global Forced Migration: The Political Crisis of Our Time.” Senator Menendez helped pass the Senate’s COVID-19 relief packages and other healthcare legislation as well as playing a key role in shaping immigration reform bills. Prior to his position in the Senate, he served in the U.S. House of Representatives from 1993 to 2006. 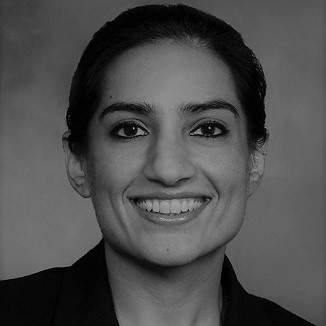 Dr. Gunisha Kaur is an assistant professor of anesthesiology who specializes in human rights research. Dr. Kaur serves as the Founding Director of the Human Rights Impact Lab, a Medical Director of the Weill Cornell Center for Human Rights, and a Faculty Fellow at the Mario Einaudi Center for International Studies, where she co-leads the migrations research team. Dr. Kaur’s research interests focus on advancing the health of displaced populations such as migrants, refugees, and asylum seekers. She has used her extensive training and research in neuroscience as an analytical framework to pioneer the study of human rights through scientific methodology. Her research is currently funded by the National Institutes of Health. A foremost leader in scientific investigations into migrant health, Dr. Kaur was selected as a member of the Sigma Xi Scientific Research Honor Society and as a Stephen M. Kellen Term Member at the Council on Foreign Relations. She earned her B.S. from Cornell University in 2006, M.D. from Weill Cornell Medical College in 2010, and her M.A. in medical anthropology from Harvard University in 2015.