CLAA is thrilled to be hosting a panel of Latina/o/x alumni to share their journeys and career paths after Cornell. The evening consists of five speakers answering the questions you submit when you register for the event, followed by a live question and answer period.

Wendy Cortes is a Bronx native and first generation college graduate. She earned her B.A. in Political Science from Hunter College, CUNY, and graduated from Cornell Law School in 1994. As a law student, she held leadership positions in the Latino American Law Students Association. Wendy was a litigator for fourteen years. Her legal practice has included positions as an Assistant District Attorney in Queens County, NY, a law guardian in Bronx Family Court, a legislative analyst at the NYC Administration for Children’s Services, and a litigator in boutique firms on cases involving securities fraud, commercial contract breaches, and commercial landlord-tenant disputes. In 2009, Wendy changed careers, earning an M.A. in Social Studies Education from Teachers College, Columbia University. For the past eleven years, she has taught high school history courses in public and private independent schools in NYC. Wendy is grateful for her Latinx posse from Cornell; they remain her best friends.

In his current role, Dan owns HR strategy and delivery for the $3.7B, 1500 person organization partnering with the President & CEO to drive business transformation, talent value management, and culture.

– Driving business model transformation in HPEFS through building the key capabilities and skills necessary and moving towards global segmentation; presented plan to HPE Board of Directors
– Enhancing the culture by driving successful management of change, designing and introducing the new cultural attributes, and owning the HPEFS strategic initiative around the employee experience
– Achieving significant improvements to the talent acquisition process in partnership with Korn Ferry, and implementing the new Talent Management process to HPEFS
Prior to joining HPEFS, Dan has held numerous leadership positions at companies such as Dun & Bradstreet, Johnson & Johnson, and American Express where he shaped organizational culture and empowered employees.

He is also the VP of the Latino Alumni Association at Cornell University and is an HR Advisory Board Member at Fairleigh Dickinson University.

Dan is a graduate of Cornell University, and earned his MBA in General Management from NYU Stern School of Business. He lives in Allentown, NJ with his wife and five children. At Allentown Presbyterian Church, Dan is an Elder, Chairperson on the Human Resources and Strategy Committees, Youth Leader, and Sunday School Adult Education Leader. 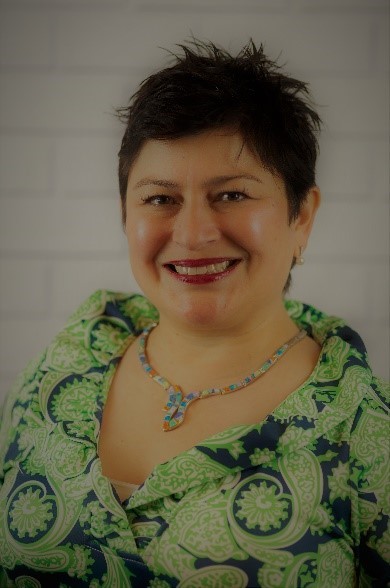 THERESA A. FLORES, MARY KAY INC.
Theresa A. Flores is a recognized leader in public affairs, legislative advocacy, and relationship management. Currently she is the senior manager of public affairs for Mary Kay Inc., where she develops and recommends policy positions that protect the company’s direct selling, product and global trade interests; focusing on engagement with legislators, governments and NGOs. She also serves as the public affairs advocacy liaison for the Americas, which includes, Canada and Latin America.
Her areas of expertise include federal and state lobbying and grassroots advocacy. She has successively led grassroots advocacy campaigns that resulted in the defeat of legislation harmful to the industry.

Theresa is a highly respected civic leader and is a member of the Hispanic 100, the current President of the State Government Affairs Council, and board member of The Texas Women’s Foundation. She is active in education reform; focusing on public school education in Dallas and is a member of the Dallas Education Foundation and Big Thought.
Theresa was been recognized by the Dallas Business Journal as a Minority Business Leader award recipient, featured in the “Women’s Issue” of Latino Leaders magazine, and was voted as Dallas “Thought Leader” by Latino Leaders magazine.
A San Antonio native and first generation American and college graduate, Theresa, received her B.A. from Cornell University. As a dedicated alumna, she is a member of the Cornell Alumni Admissions Ambassador Network, The President’s Council of Cornell Women and is a life-time member of the Cornell University Council.
She likes to spend her free time with family and friends and currently resides in Dallas with her husband Michael and their canine companions, Laila, Buster and Stella.

Adrienne Rose Martinez is a Business Support Manager at Bank of America, where she is part of the Chief Data Office on the Data Platform Services team. She is also an active community leader in Charlotte’s North End community.

Adrienne grew up in a suburb of Los Angeles, California and is among the first in her family to earn a college degree, receiving her Bachelors of Science from Cornell University’s College of Industrial and Labor Relations. After working at a small West Coast nonprofit, she returned to Cornell for an MBA at the Johnson Graduate School of Management. Upon completing her MBA, Adrienne joined Deutsche Bank in New York City, where she worked as a Relationship Manager interfacing with large institutional clients such as central banks and corporations. In 2013, she moved to Charlotte, North Carolina and transitioned her career once again becoming the Director of Corporate and Foundation Relations at the University of North Carolina at Charlotte. Returning to financial services, and branching out into technology, Adrienne joined Bank of America in 2017 as a Business Information Security Officer for the Global Information Security organization.

Adrienne’s alumni engagement began just as soon as she left campus the first time in 2001. She served as a CAAAN ambassador (Cornell Alumni Admissions Ambassador Network) and later as a chair of her region. Upon returning to Cornell to pursue her MBA, she lead the Women’s Management Council at Johnson and VP of Fundraising for her graduating class. After leaving Cornell the second time, Adrienne became a member of Mosaic and later Vice Chair. From 2014-2018, Adrienne also served as the President and Co-President for the Cornell Alumni Association of Charlotte. As a University Council Administrative Board member, Adrienne remains an active alumna, donor and ambassador to Cornell.

Adrienne’s current community engagement includes membership on the nonprofit board for the North End Community Coalition and Chair of the Communications subcommittee for the City of Charlotte’s Community Relations Committee. She is also the site program lead for Bank of America’s Girls Who Code Summer Immersion Program and she is a Big Sister through Big Brothers Big Sisters of Greater Charlotte. Adrienne lives with her life partner Kinson Desmangles and their dog, Sailor Jeri.

Dr. Jessica Solis Sloan, PhD
After graduating with honors from Cornell’s College of Human Ecology with a BS in Human Development in 2007, Jess spent the next two years working as a Clinical Research Coordinator at Massachusetts General Hospital. She went on to receive her Masters and then PhD in Clinical Psychology from the University of North Carolina at Chapel Hill. Following her year of clinical residency at the Alpert Medical School of Brown University, she moved back home to Texas where she completed a postdoctoral research fellowship at the University of Texas Health Science Center at San Antonio. Upon returning to North Carolina in 2017, she continued her postdoctoral training in the Department of Psychiatry and Behavioral Sciences at Duke University Medical Center. Currently, she is a faculty member and licensed clinical psychologist working with the Duke ADHD Program and Duke CAST Program in both clinical and research endeavors. In her spare time, she enjoys baking, reading, forcing her husband to try new restaurants, and cheering (sometimes quite loudly) for her favorite sports teams.