Join Cornell for a day at the ballet! Seasoned ballet patrons and first-timers alike will delight in contemporary ballet. This performance features four exemplary works from the 2017 Here/Now festival and “celebrates ballet today and what its future may hold”. Over brunch, College of Arts & Sciences Senior Lecturer Byron Suber will teach us about ballet history and share insights on understanding and appreciating what you’ll see on stage. Your experience features:

• A pre-performance lecture and discussion on “The Classical, the Neoclassical, the Modern, and the Post-Modern in New York City Ballet” by Byron Suber.
• Full buffet brunch
• Transportation to Lincoln Center
• Side Orchestra seating 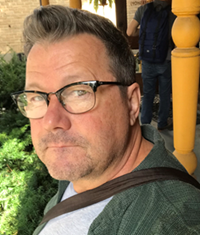 ABOUT BYRON SUBER: Byron Suber is originally from New Orleans, LA, and has been teaching at Cornell since 1991 after ten years of living and working in New York City. His work in NYC and at Cornell includes choreography, dance-theatre, music and sound design, playwriting and directing, costume design, performance art and gallery installation work. His creative work has been shown at La MAMA Inc., Performance Space 122, the Kitchen, DANSPACE, the American Dance Festival and The Wigstock music festival. He has received grants and awards from the Harkness Foundation, Art Matters Inc., New York Foundation for the Arts, and the Cornell Council for the Arts. He has taught at the American Dance Festival at Duke University, Dance Space and Steps in NYC as well as various universities in the States and Europe. Since coming to Cornell he has continued to create work in dance and theatre as well as entering the realm of digital media, for instance in collaboration with professors and students from MIT on a pair of digitally wired sneakers that produced music when the dancer moved. At Cornell, Suber teaches ballet and modern technique, history/criticism/criticism of spatial organizational practices, dance composition, and digital media. Suber founded a European summer study abroad program combining many of his varied and diverse inteterests and explores the urban environments of Dublin, Paris, Marseille, Barcelona and Rome. Outside of his position in the Department of Performing and Media Arts, he completed an M.A in the History of Architecture and Urbanism in the School of Art, Architecture and Planning at Cornell.

MORE ABOUT HERE/NOW: In spring 2017, The New York City Ballet’s season featured 43 ballets by 22 different choreographers, commissioned by the Company from 1988 to the present. Titled the Here/Now Festival, “its repertory underscored the diversity and range unleashed during the last three decades”.  The winter 2018 performance features an assortment from this festival and “celebrates ballet today and what its future may hold. Dark sophistication and otherworldly movements join the latest from Peck and indie stalwart Sufjan Stevens, their third collaboration in five years. Concluding the program is Ratmansky’s epic abstraction of a comical 19th-century story ballet, a stylized series of witty and animated dances for seven featured performers and a large ensemble.” Works include:

Neverwhere
Music by: Nico Muhly
Choreography by: Benjamin Millepied
Dark and sophisticated, Neverwhere sets its three couples in an otherworldly landscape as they swirl and swoon through Drones and Viola by Millepied’s frequent musical collaborator Nico Muhly.

Watch an excerpt from “Mothership” 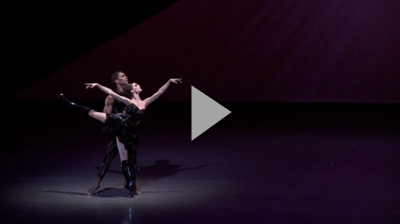