CLAA is thrilled to be hosting a panel of Latina/o/x alumni to share their journeys and career paths after Cornell. The evening consists of five speakers answering the questions you submit when you register for the event, followed by a live question and answer period.

After graduating from Cornell University’s School of Hotel Administration, Kendra has spent the last 10 years in the catering and events industry in Los Angeles. Beginning her career in operations and sales at Wolfgang Puck Catering, she spent 9 years planning catering for high profile events–feeding up to 10,000 person events at corporate events, movie premieres, and galas including the Oscars Governor’s Ball. Currently, she is the Director of Events and Catering for the James Beard nominated chef duo Walter and Margarita Manzke for their restaurants Republique, Petty Cash Taqueria, and Sari Sari Store LA. Kendra started her career search after graduating Cornell in the midst of the the recession from the aftermath of the 2008 mortgage crisis. She is currently experiencing challenges in the hospitality industry amidst the COVID19 pandemic. 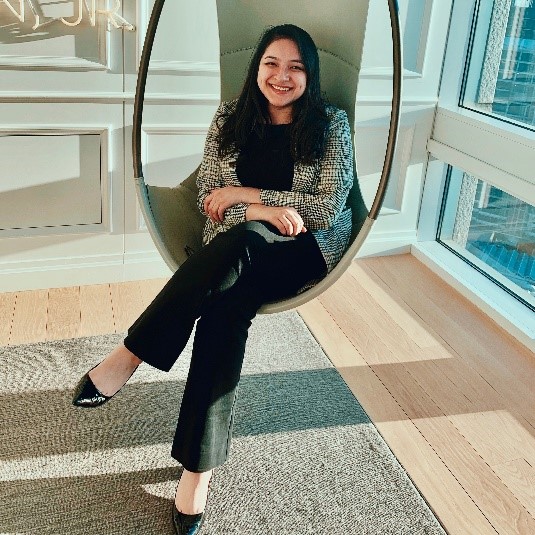 Ashley Estrada
Ashley Estrada graduated from the ILR School in 2016 with a concentration in international business and a minor in Law & Society. While at Cornell, Ashley worked at the ILR Office of Career Services and was very engaged with the International Programs office. She benefitted from three of the school’s programs: Global Service Learning in India, a semester exchange program in the UK, and received an international travel grant to volunteer in Peru. Upon graduating, Ashley joined JPMorgan Chase in NYC as a Corporate Analyst and had the opportunity to rotate across teams ranging in focus areas including robotics, project management, corporate social responsibility, and global strategy. Currently, Ashley still works at Chase in Orange County, CA as a Commercial Banker where she cultivates relationships with local mid-sized companies and provides them cash management, credit, and business strategy solutions. In her spare time, Ashley enjoys watching movies, listening to Latin music, doing boxing-inspired workouts, and pestering her cat, Ollie.

Mauricio Garrido
I graduated from Cornell in 1993 with a BS in Chemical Engineering and went on to medical school at Yale University followed by general surgery residency and cardiothoracic surgery fellowship at Columbia University. I have been practicing as a cardiothoracic surgeon at Jefferson Health in the Philadelphia area for the past 13 years.
My experience at Cornell was foundational for my life. The academic challenge of the Cornell education, the exposure to engineering principles and the political activism of a diverse student body on campus helped direct me toward career path that involves technical precision, focused thinking and societal betterment. I derive intrinsic reward from my work almost daily and I am so grateful to Cornell for this. 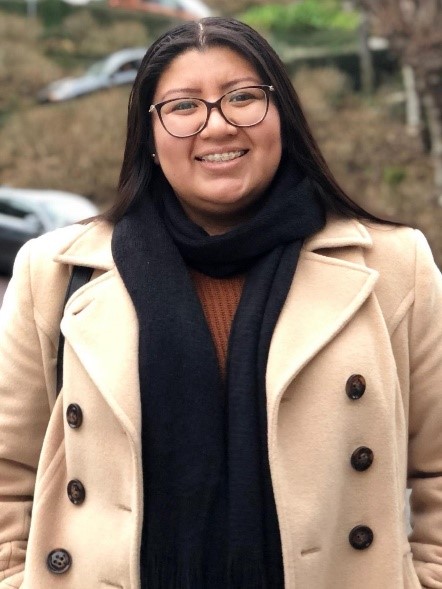 Life after Cornell: After Cornell, Jessica started working at the University of Southern California (USC) as a project assistant with the MADRES Study. As a project assistant Jessica helped with several pilot studies that aimed to collect biological specimens from pregnant and post-partum women to track stress levels in pregnant/recently pregnant women. In 2016 Jessica became the lead staff personnel for the study at LAC+USC Medical Center. In the fall of 2016 Jessica enrolled as a part-time student at USC’s Price School of Public Policy in the Master of Health Administration Program. Jessica graduated from USC in 2019 and has continued to work as a research coordinator in the MADRES Study. Currently she is waiting to start her administrative fellowship with Blue Shield of California’s Emerging Leaders Program. 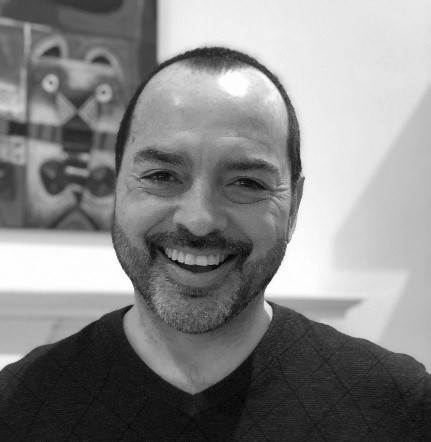 Angel Orengo
My name is Angel Orengo and I attended Cornell from 1986’s pre-freshman summer until December 1990. Early in my educational career my dream was to become a pediatrician but as I progressed through college my focus shifted to business. Ultimately, I graduated with a BS in Consumer Economics and Housing from the College of Human Ecology. For nearly 22 years, I’ve worked at Sony Pictures Entertainment in various capacities. Currently, I’m based in Los Angeles, California and I’m Executive Vice President of operations for the worldwide tv content sales and distribution team. We are responsible for commercializing Sony’s movies and tv series throughout world [excluding cinema]. From 2015 until 2018 I was based in London serving as EVP of sales and tv distribution for Europe, the Middle East and Africa. From 2009 until 2015, I served in a similar capacity – EVP of sales and tv distribution – across all of Asia-Pacific, based out of our HK regional headquarters. From 2004 until 2009, again in a similar capacity, I was SVP for Latin America and the Caribbean, based in our Miami regional headquarters. I joined Sony in 1998 and during my earlier years at the company I specialized in advertising sales, first as Sr. Account Executive in Miami, and then as General Manager of our Mexico City office. Prior to Sony, I had various exciting jobs including Advertising Sales Executive (CBS Telenoticias), Account Executive at a Spanish-language advertising agency (La Agencia de Orci), Research-Marketing Manager-Sales Exec (Telemundo) and Restaurant Manager (Red lobster). I share my life with three strong and wonderful women – my wife and two teen daughters. Lastly, I also pledged LUL at Cornell the Spring of ‘87

Stephanie Maria Adams Ryan
Stephanie Maria Adams Ryan is the President of CLAA and a Class of 2004 graduate of the School of Arts and Sciences. While at Cornell, she served on all three student governing bodies—Student Assembly as the representative for the School of Arts and Sciences, University Assembly as the Undergraduate Representative, and Class Council as the Vice-President of the Class of 2004. Stephanie is half Colombian and half Irish and a native Spanish speaker. After Cornell, Stephanie served as a public policy fellow with the Congressional Hispanic Caucus Institute in Washington, DC, and then attended Northwestern University School of Law where she served as the President of the Latino Law Students Association. Stephanie is currently the Director of IP Litigation at TiVo. She is licensed to practice law in California, New York, New Jersey, and the District of Columbia. Prior to TiVo, she was a trial attorney in the Silicon Valley office of the highly regarded litigation firm McKool Smith, where her practice involved a cross-section of complex commercial and intellectual property litigation, including large-scale contract, patent, trade secret, and false advertising disputes. Before joining McKool Smith, Stephanie practiced commercial and intellectual property litigation at global law firm Winston & Strawn’s NYC office. Stephanie lives in San Francisco and enjoys exploring everything that Northern California has to offer with her husband and children.