Join the Cornell Club of Boston for a discussion with Susan Lewis Solomont ’77, Cornell alum and author of Lost and Found in Spain, Tales of An Ambassador’s Wife.

When her husband was appointed by President Barack Obama to be U.S. Ambassador to Spain and Andorra, Susan Solomont uprooted herself. She left her career, her friends and family, and a life she loved to join her husband for a three-and-a-half-year tour overseas. In a story that is part memoir and part travelogue, Solomont recounts a time of self-discovery as she navigates a new life in a foreign country. She learns the rules of a diplomatic household, feeds her culinary curiosity with the help of some of Spain’s greatest chefs; finds her place in the Madrid Jewish community; and discovers her own voice as she creates new meaning in her role as a spouse, a community member, and a twenty-first century woman. Lost and Found in Spain is an insider’s account of everyday life in an American embassy that reminds us we are all looking for our place in the world, whether on the international stage or in our own hearts. 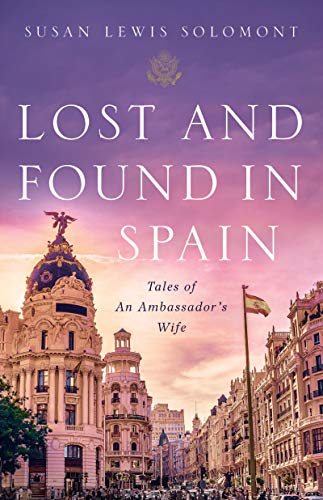