ALERT: Registrations for the 2020 NYC Pan-Asian Banquet are now CLOSED. A limited number of Walk-In registrations may still be accommodated.

Registrations made after 11:59 p.m. EST January 29th will not be eligible for a refund.

Join fellow Cornellians, friends, and family to celebrate CAAA, the accomplishments of the honoree, Jimi Yui ‘80 and the Lunar New Year.

About the Event
This event includes an authentic eleven-course Chinese banquet, open bar, hors d’oeuvres, and cultural performances. A portion of the ticket price goes toward funding the CAAA undergraduate scholarship program. The evening will also include a silent auction to benefit the Cornell Asian & Asian American Center.

About Our Keynote Speaker

James Beard award-winner Jimi Yui speaks the language of chefs, affording him the unique ability to create the stages where they perform. Motivated by an indomitable spirit of creative disruption, problem solving and a commitment to excellence, Jimi is recognized as one of the world’s top kitchen designers and industry innovators. 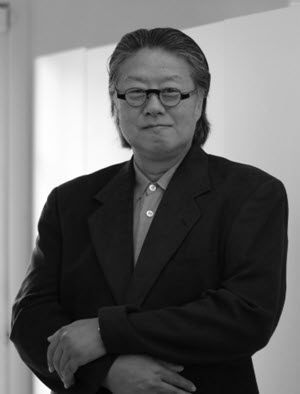 Culinary legends from across the globe have turned to YuiDesign, a boutique commercial kitchen design studio, since Jimi launched the company in 1986. Celebrity chefs, renowned hospitality developers, financiers, entrepreneurs, commercial foodservice providers and operators as well as retailers rely on the unique expertise and creative approach found at YuiDesign. Based in Takoma Park, MD and Manhattan, the firm also regularly collaborates on projects with world-renowned architectural and interior design studios.

Jimi’s passions for food and design – the recurring themes in his life and work – were cultivated early during his childhood in The Guest House. He carried the family wisdom and commitment to entrepreneurialism, service and hospitality when he moved to America as a teenager to attend the St. Louis Priory. His interests in kitchen design then took form during four years at Cornell School of Architecture and later at Cornell’s School of Hotel Administration, from which he graduated in 1979.

He launched his design career with a six-year tenure at Cini-Little International (formerly Cini-Grissom) where he was lead designer. He subsequently spent six years as a founding principal of a hotel management and restaurant development firm. A Board member of Cornell’s Pillsbury Institute for Hospitality Entrepreneurship, Jimi is also a member of The Cornell Hotel Society and lectures occasionally at Cornell on design and entrepreneurship. Jimi lives in Manhattan and Maryland with his wife and business partner, Ellen.

This event is co-sponsored by Cornell University’s Diversity Alumni Programs and Cornell Mosaic.