The Pan-Asian banquet returns to the Bay and we hope you will join us! All Cornellians, friends and family are encouraged to join CAAA’s Lunar New Year celebration.

ABOUT THE EVENT
The Cornell Asian Alumni Association is celebrating the year of the pig and we hope you all can join us! This event includes an authentic ten-course Chinese banquet and cash bar with distinguished speakers. 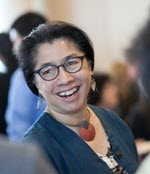 Sunn Shelley Wong holds a joint appointment in the Asian American Studies Program and the English Department at Cornell. Her research and teaching focus on twentieth- and twenty-first-century hemispheric American literatures. Her publications include articles on the prose and poetry of writers such as Theresa Hak Kyung Cha, Joy Kogawa, Carlos Bulosan, Toni Morrison, Mina Loy, Charles Olson, and the anonymous Chinese immigrant writers detained at the Angel Island Immigration Station, as well as on topics such as travel writing and the temporality of race. She is currently at work on a book-length study of the latter topic entitled The Waiting Room. Working with texts by twentieth-century Asian American and African American authors, this comparative project explores the aesthetic, political, and phenomenological dimensions of the intersections of race and time. This semester, along with teaching a course on Asian American Literature, Wong is co-teaching (with Derek Chang, Asian American Studies Program and Department of History) a senior seminar called “Race and the University.” Professor Wong’s administrative work at the university has included serving multiple terms as the Director of the Asian American Studies Program, serving on university-wide task forces such as the Asian/Asian American Campus Climate Task Force (2002), as well as serving on, or chairing, and authoring the Final Reports for, the Task Force on Ethnic Studies (2003), the Task Force on the Center for the Comparative Study of Race, Ethnicity, and Indigeneity (2005), and the Task Force on the Asian/Asian American Center (2008). 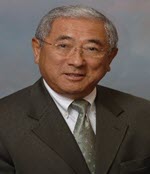 S. Floyd Mori is a Japanese American educator, politician and community leader. A graduate of Brigham Young University (BYU), Mori first began his career teaching Economics at Chabot College in Hayward, California. In 1972, Mori was elected as a City Councilman of the City of Pleasanton, California, and later served as Mayor of Pleasanton. He was elected to the California State Assembly in March 1975 and served for six years in that capacity as one of the first two Assembly members of Japanese descent. Since then, Mori has been heavily involved with organizations such as the Japanese American Citizens League (JACL), the Leadership Conference on Civil and Human Rights (LCCR), the National Coalition of Asian Pacific Americans (NCAPA), and most recently with the Asian Pacific American Institute for Congressional Studies (APAICS) as President before retiring last year. He has received various awards from many community organizations and continues to speak and write about the Japanese American and Asian American experience. His book The Japanese American Story As Told Through a Collection of Speeches and Articles covers much of the history of Americans of Japanese heritage as well as his own personal experiences.

the lodge at ventana canyon