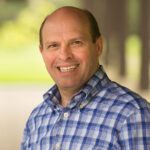 “The Board of Trustees must not only advocate that Cornell continues to provide a safe and healthy environment for our faculty, students and staff to withstand the pandemic, but also ensure there is adequate funding and broad support for the multitude of vital initiatives, including diversity, equity and inclusion, that are so essential for Cornell to thrive post-pandemic and attract world-class scholars and students.”

Raised in Waukegan, Illinois, by a first-generation American family, John lived in New York, Boston and now in Silicon Valley. An enthusiastic entrepreneurial advocate, he has been involved with startups and venture capital for over thirty five years. A partner with Canaan Partners, he has served on the board of twenty five early-stage technology startups. A strong believer in education, he has been a volunteer and board member for his local schools and serves on five Cornell advisory councils. He is an avid skier and hockey player. He resides in Hillsborough, California, with his wife, Norma, and they have two children: John ’19 and Danielle ’20.