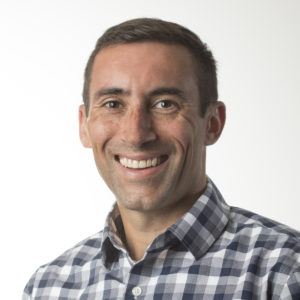 “Ensuring that Cornell’s motto of  ‘… any person … any study’ remains a foundational part of the university’s mission, while simultaneously building a faculty-led campus culture that will cultivate its students to become engaged alumni and world citizens.”

Growing up in Pittsburgh, PA, raised by a single mother who had already put two older brothers through college, Doug thought attending Cornell was out of reach. Generous financial support enabled Doug to thrive at Cornell, completing three undergraduate majors. He remained at Cornell to complete graduate degrees, meeting his wife, Rachel PhD ’10. Doug and family live in the San Francisco Bay Area where they enjoy hiking, camping, running, tennis, skiing, and generally taking advantage of the beautiful California weather. He loves to bake and knit (learned from his mother who owned a yarn store). His professional career focuses on data science, analytics, and economics, most recently in a role at an early stage startup. His academic and professional experience have led to a lifelong interest in the environment, climate change, and data analytics.