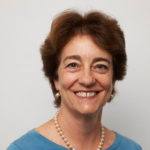 “In order to attract top talent and develop tomorrow’s leaders, the board of trustees and the university need to ensure that Cornell is a welcoming environment for a diverse and inclusive range of Cornell students, faculty, and staff (“any person”) while also embracing the free and vigorous exchange of ideas, debate, and discourse—even if those ideas are controversial or uncomfortable.”

My family is filled with Cornell red. I am the daughter of Arlie ’47 and Doug ’50 Anderson, the niece of Sally Williams ’51, the sister of Roger Anderson ’78 and the partner of Nancy Sverdlik ’79. I have early memories of my mother singing the Alma Mater and Give My Regards to Davy during my bath time.