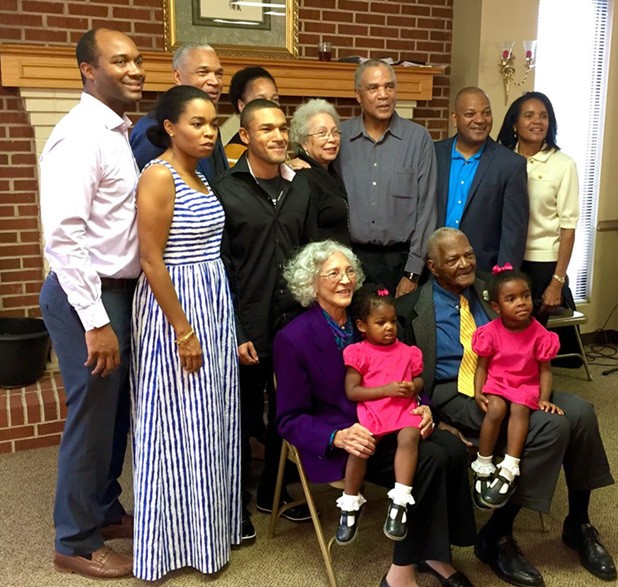 Four generations of the Nash Family at the Sigma Chi Reunion in Greenville, SC in 2017. Harry and his wife, Ella Mae, are seated in the foreground with two of their great grandchildren.

The alumni association asked the Nash family how they could honor Harry’s memory. After consulting with Harry’s daughter, Annette Nash Govan ’75, the chapter created the Harry A. Nash Scholarship, to be awarded annually to a Sigma Chi student with financial need who embodies Harry’s values of service to his community.

Jaden Queen ’24, first recipient of the scholarship, says, “Harry’s legacy of friendship, mentorship, and service has impacted the lives of so many brothers who lived at Greystone. I will strive to continue this legacy.”

More from the snackbar