The Cornell University Glee Club is celebrating its sesquicentennial with a coast-to-coast concert tour.

The Cornell Annual Fund invites you to be our guest Saturday, January 12, 2019 at 7:30 p.m. for the Glee Club’s final East Coast tour stop  ̶  a special concert at the world-class Music Center at Strathmore Hall in Bethesda, Maryland.  The singing will continue in a reception following the performance. 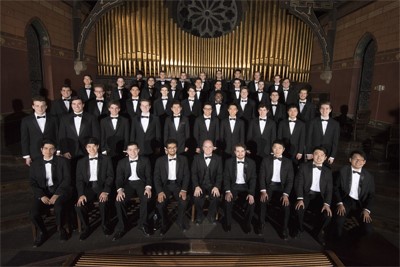 Praised by The Washington Post for its “virtuosic choral sounds,” the Glee Club’s concert program will feature many favorites from the past 150 years, including Franz Biebl’s immortal Ave Maria.  Highlights will include the Washington premiere of a new commission by Julia Adolphe, Falling Water, and a nostalgic nod to the group’s earliest days as the Cornell University Glee, Banjo, and Mandolin Club.  The program will conclude with traditional college songs.