As part of its ongoing effort to encourage bipartisan dialogue and problem solving, the Cornell Institute for Politics and Global Affairs (IOPGA) and Government Department co-hosted a conversation with former Governor John Kasich and former Representative Susan Molinari (R-NY)—two life-long Republicans who both endorsed Joe Biden’s Presidential bid at the Democratic National Convention in August 2020.

The talk was moderated by Steve Israel, IOPGA director and former U.S. Representative (D-NY), and by Doug Kriner, IOPGA faculty director and Clinton Rossiter Professor in American Institutions at Cornell. The event was made possible by support provided through the John H. Wisner Fund.

During the conversation, Kasich fielded several questions from Cornell students and alumni. His responses to these questions are featured below.

A legacy of public service

Your purpose is the meaning of life. Dream big dreams and don’t let anyone talk you out of them.
—John Kasich

Kasich served as a member of Congress (R-OH) from 1983 to 2001, and as Governor of Ohio from 2011 to 2019. As chair of the House Budget Committee, Kasich worked with members of both parties to balance the federal budget four times. According to Kriner, Kasich’s success in balancing the budget is “a feat not accomplished since [Kasich left office in 2001].”

Kasich has also worked in the private sector, as manager of the Investment Banking Division of Lehman Brothers, as a commentator with the Fox and CNN television networks, and as a best-selling author of four books. 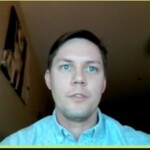 Mark Minton ’23 asked Kasich how best to deal with negativity in the current political climate. Kasich replied that the best way to deal with all the “doom and gloom” is to offer people hope. He praised President Biden for doing just that. “Biden is one political figure who is trying to offer hope and optimism, who is likable and good. That’s why I supported him.”

Kasich is now serving as a senior fellow at Otterbein University in western Ohio, where he “helps companies find their public purpose,” he said, something “which I think is very important,” he added.

Susan Molinari served in Congress from 1990 to 1997, representing New York’s 13th and 14th districts. She has since worked as a political commentator, a lobbyist and consultant, and as vice president of public policy and government relations for Google.

Israel opened the conversation by asking Kasich to recount his impressions of the events of January 6, 2021, when the U.S. Capitol was breached by violent protestors.

Kasich likened the events of January 6 to those of 9/11—when al-Qaeda mounted terrorist attacks on the U.S. He noted that the partisan divide in our country is not new, comparing our current moment to “a roller coaster on the way down. Over the past six or seven years, we’re generating more velocity down,” he said, “which is not just affecting politics, but our whole country.” 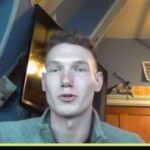 Nicholas Allen ’21 asked Kasich how the Republican Party can work to address the concerns of Trump supporters. “Speak the truth,” Kasich said. “These people have real concerns and real problems. We need to get back to reform, to figuring out a better and smarter way to do things. Republicans need to put forth creative solutions, and I can guarantee you there will be customers.”

Kasich attributed the increasing hostility to two factors: the changing role of religion in society and a failure to implement what he called “local solutions.”

According to Kasich, religion teaches us to “love our neighbor,” which means that, “we care about one another as people.” He believes that when we “other” our neighbors, we forget what we have in common, what he refers to as “our basic integrity.” 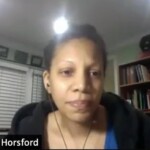 Christina Horsford ’98, MPA ’09 asked Kasich how to attract underrepresented groups to support the Republican Party. “We need to listen to you,” Kasich replied. “You tell us what the problems are.”

Kasich said that by implementing local solutions, we can begin to come together again. “When we work to attack a common problem, we get together and meld our differences,” he said. “We need to reflect on things that historically have brought our country together,” he suggested.

Reflecting on his own tenure in Congress, Kasich said that “it was a different time.” He noted that the basis of negotiation is being willing to lose something, and also refraining from personal attacks on others—including members of one’s own and the other political party.

“It’s always about blaming someone else and pitting one another against each other,” he said, describing the current political scene. “We’re so over the name calling. I have not been part of that, we should not be part of that,” he added. 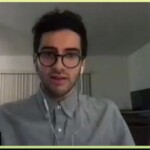 Jeremy Peschard, PhD student, asked a question on behalf of his mother, a longtime Republican, wondering whether we need to create a third, center-of-the-road party. “We have the right to define what is a Republican. We used to be for fair trade, we used to welcome immigrants, we believed we should work with our allies, and we used to care about debt,” Kasich said. “I haven’t left the party; the party has left me.”

Kasich expressed concern about the failure of partisan politics to generate meaningful solutions. He urged the Biden administration to resist the urge to push through legislation without seeking to build bipartisan support. Referring to Biden’s proposed $1.9 billion COVID-19 relief package, Kasich said, “an effort to compromise needs to be made. We’re just driving past one another at 150 miles per hour.”

He said that he supported Biden’s presidency because he felt that, “Biden was a guy who could bring us together.” He expressed hope that Biden will “pull together a coalition of Republicans so that we can get something done.”

Susan Molinari said she and Kasich talked on the phone on the evening of January 6, about the future of the Republican Party. She praised Kasich for modeling how to work across the aisle during his tenure in Congress. “John Kasich taught us a lot about negotiating while keeping your principles,” she said, recalling that he focused on what “we can accomplish together in a bipartisan way.” 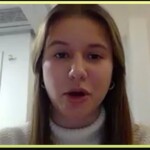 Casey Martin ’21 asked Kasich how best to support people like Liz Cheney in their primary challenges. Kasich reaffirmed his belief that politicians must be willing to stand up for their values. “You’re part of American history, so stand for something,” Kasich said, referring to current and would-be members of Congress. “Don’t be afraid of the primary, you’ll figure out a way to win, and if you don’t, at least you will have done something.”

Kasich enumerated many pressing issues facing Congress, including: immigration reform and border security, the wealth gap, infrastructure, and climate change. He said that he has been working with John Kerry on his “very exciting” World War Zero project to mobilize global actions to stop carbon emissions. “We need people on the right side who realize that, yes, we have to protect the planet,” Kasich said.

He called out Greta Thunberg as an example of someone who has been extremely effective in catalyzing climate action. “Look at what she’s been able to do by standing outside parliament with a sign that says ‘Save my planet,’” Kasich said. “The truth matters,” he added.

“Calmly tell them the facts, listen, argue effectively, and never personalize things—no name calling,” he said. “This is the most effective person, and this is what we need in Congress.” 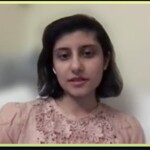 Dana Karami ’23 asked Kasich how he viewed the decision to remove Marjorie Taylor Greene (R-GA) from her House committee posts. “I wish Republicans had decided she should be taken off her committee assignments,” Kasich said. “This action would not have set a dangerous precedent. It’s Marjorie Taylor Greene who sets a dangerous precedent,” he said.

Moving past doom and gloom

Kasich said that his interactions with students make him hopeful about the future. “Our students are smart and committed… it’s not all about the money,” he said.

He urged students in the audience to “be a center of purpose and integrity. I’ve never sucked up to anyone,” he said. “Your purpose is the meaning of life. Dream big dreams and don’t let anyone talk you out of them.” 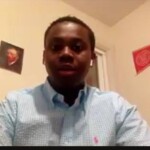 Oge Ezekwenna ’22 asked Kasich how to rebuild goodwill and trust between the two parties. Kasich shared that he fondly recalls his time playing basketball with fellow members of Congress, and how that experience helped bring members of both parties together. “We became friends. We weren’t just there to trash one another. If I look at you and see a human being who has the same problems and challenges as I do, then I see a friend—someone whom I want to help,” he said.

The final question came from Israel, who asked Kasich what gives him hope for the future. Kasich said that, in the end, “ideas always prevail.” He was frank in his prognosis for the Republican Party: “Without them [ideas], this party will die and something else will rise.”

IOPGA has recently released the second edition of its Bipartisan Policy Review (BPR), containing concrete policy ideas to address health care, infrastructure, election security, and numerous other challenges facing our country. “We seek to offer a collaborative, alternative vision,” said Israel. “The BPR is a unique compilation of original policy ideas—always coauthored by a prominent Republican and Democrat.”

Watch the Kasich event recording (only current faculty, staff and students can log in to view until March 20, 2021), or check out upcoming events hosted by IOPGA. 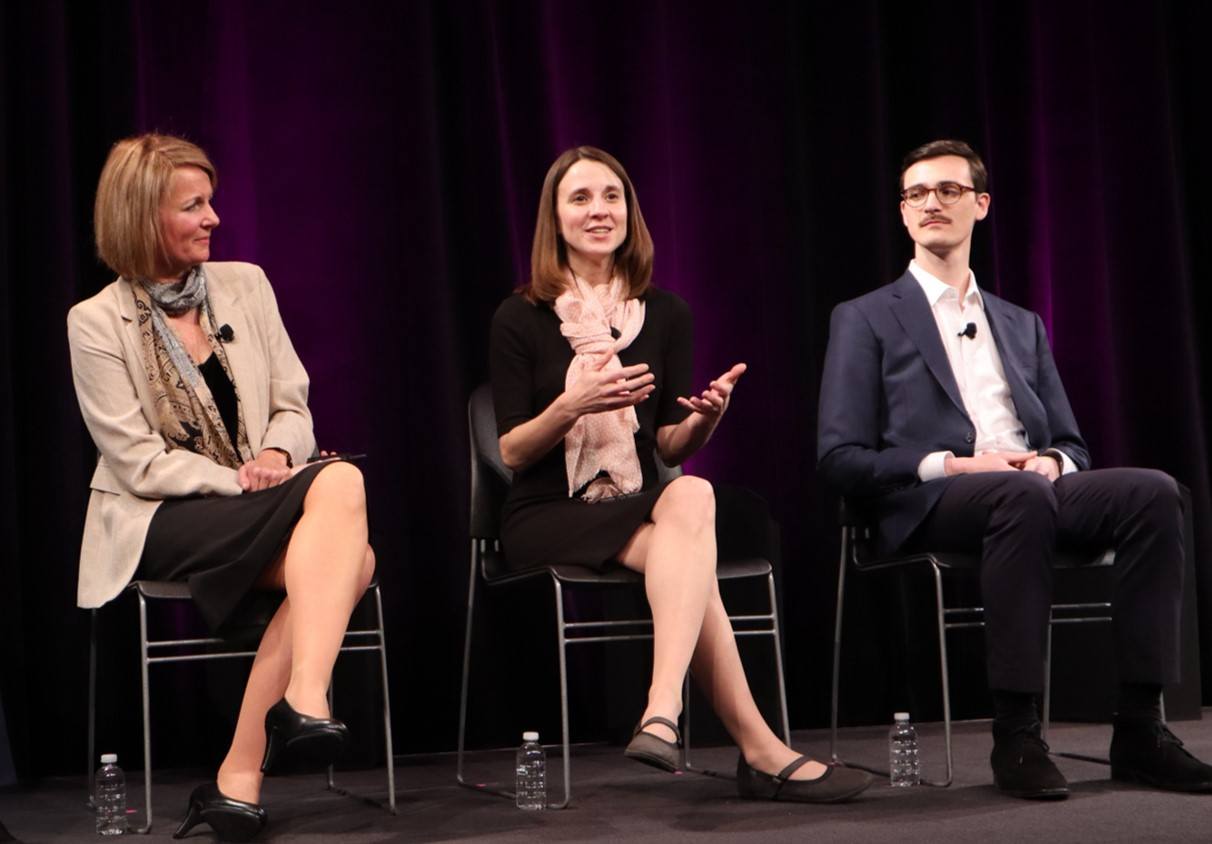 Hear from inspiring alumni, students, and faculty at CSV21.