A three-day conference in London, November 10–12, will be one of the first events since the formation of the new Cornell College of Business (CCB) to engage alumni across the university's three business schools and other Cornellians, parents, and friends.

“We are thrilled that it is happening here!” said Liv Gussing Burgess ’91, vice chair of the Cornell Club of the United Kingdom (CCUK) that is hosting the gathering.

She noted that the three-day event will focus on the theme of “Opportunities in a Time of Disruption” and cover topics about emerging opportunities—despite economic, political, and social challenges—in different fields, including hospitality and real estate, social entrepreneurship, and media and technology. Speakers include Paul Polman, CEO‎ of Unilever, who will deliver the keynote, and Soumitra Dutta, CCB dean. Gretchen Ritter ’83, the Harold Tanner Dean of the College of Arts and Sciences, along with the Right Honourable Lord Lamont of Lerwick, former chancellor of the exchequer, will discuss political disruption, including the recent “Brexit” vote in the United Kingdom.

Along with additional Cornell faculty speakers, the roster includes a number of Cornellians from the region’s top corporations in business and the hospitality industry as well as leaders from start-ups and non-profits. Cornellians are also invited to a social gathering in the evening and excursions around London hosted by CCUK members.

The conference is expected to attract alumni from the School of Hotel Administration, the Charles H. Dyson School of Applied Economics and Management, and the Samuel Curtis Johnson Graduate School of Management, including many Cornellians within and beyond the region of Europe, the Middle East, and Africa (EMEA).

“As our new College of Business gets underway, I am delighted by the enthusiasm demonstrated by the CCUK to hold a unique event to explore disruption on many levels—economic, political, and social,” said Dutta. “This inaugural event will bring together Cornellians, parents, and friends from multiple schools across Cornell and showcase the strong links between Cornell and the UK and Europe.” 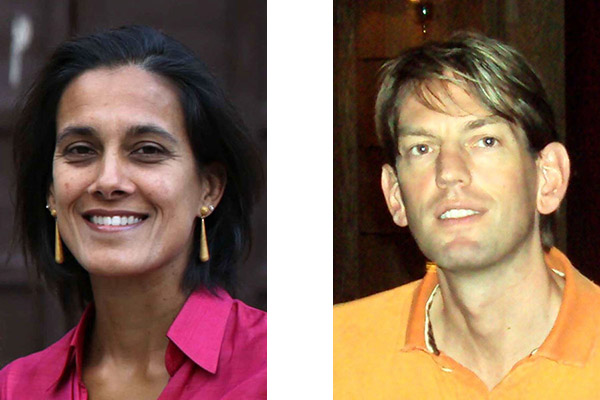 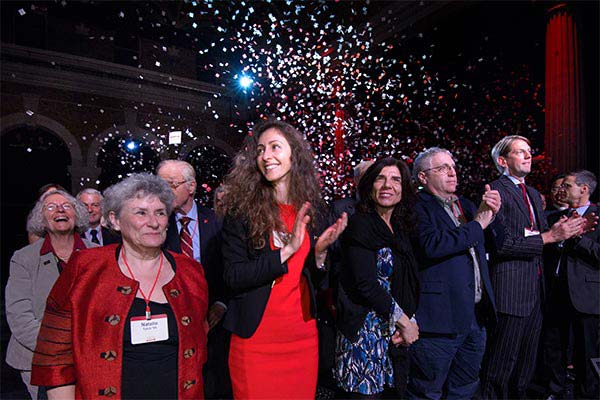 Jeff Kabel MBA ’97, who is chair of the London-based International Steel Trade Association as well as chair of the CCUK and a member of the Cornell University Council, said the event will be the CCUK’s first official major endeavor.

The new organization formed in the spring of 2016, from the momentum generated by alumni volunteers for Cornell’s London Sesquicentennial events that previous March.

“The celebrations were a springboard for us, and we all worked together not only to help with the university’s main event, but also with smaller related events, because it was such a big thing to pull off,” he said.

It worked. The London event drew some 260 Cornellians, and Cornell’s volunteer leaders in London and the university’s alumni affairs staff gathered new momentum.

Kabel explained that while the CCUK is new, it cuts across various Cornell affiliations and serves as a “supergroup” for many London-based alumni communities that have been active for many years.

He is looking forward to the November event. “We know that to draw people in we have to do something special and make sure that our content is really valuable to people, and something they may not get anywhere else, in addition to the networking and camaraderie that Cornell events offer,” he said. “We’ve worked hard to add that spice of what is happening in the UK and Europe and find strong speakers and good moderators.”

Gussing Burgess, a Cornell University Council member and the founder and managing director of Luxury Hospitality Consulting, is anticipating a truly special event.

“It is exciting on many levels,” the hotel school graduate said. “As the first major alumni event for the College of Business, it gives an opportunity for the college to showcase how diverse it is with all the different fields that it encompasses. London is a perfect city to host such an event because London is such a global city. And through the CCUK we have an opportunity to bring many Cornell groups together and stimulate a more active Cornell presence.”

“There are many alumni who live overseas who may not necessarily have an opportunity to return to Cornell,” she added. “These types of events are very powerful in terms of reigniting passion, enthusiasm, and good will. Plus, they are fun!”

“The university, together with its alumni, parents, and friends, can generate some great collaborations, effectively extending our Big Red reach among Cornellians in far-flung parts of the world, and it happens because they generously lead and partner with us,” she said.

The conference is made possible in part through the generous support of Henry P. Renard ’54, MBA ’55 and the Ada Howe Kent Foundation.