A hawk and a handler from the Cornell Raptor Program teach about birds at Saturday’s Fun in the Sun. Photo Credit: Jason Koski
By Kate Blackwood June 11, 2019

Alumni travel back in time when they attend Cornell Reunions—back to the campus, dorms, and classrooms where they were students. But many attendees also stay up to date by attending Reunion events focused on current events and campus departments.

All over campus, reunion attendees enjoyed a wide variety of intellectual and cultural programming: 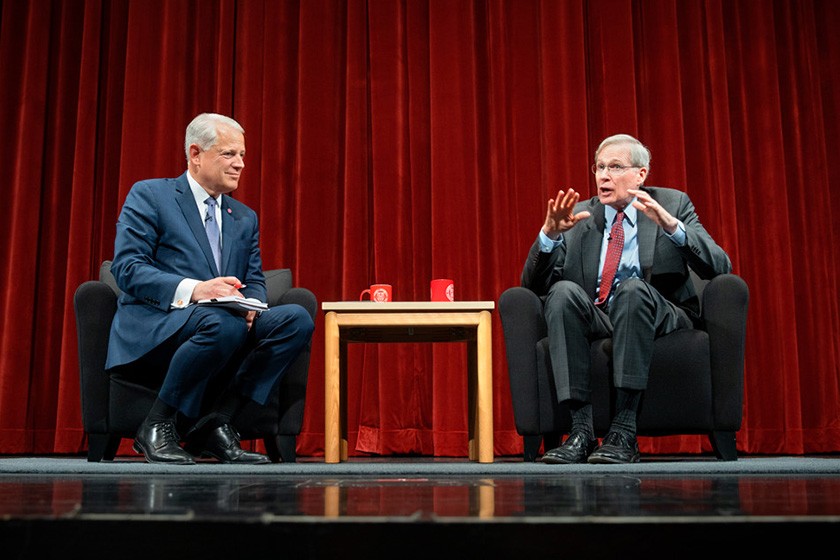 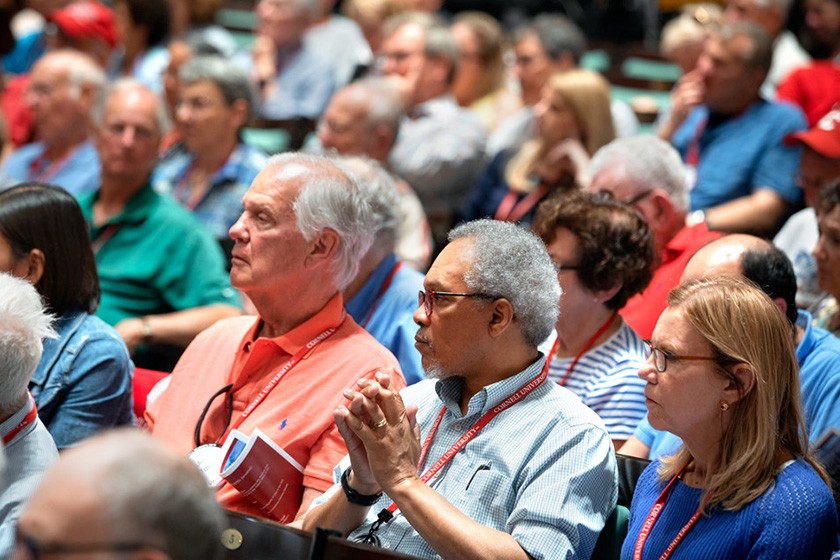 Audience members at the at the Olin Lecture. Photo: Lindsay France

Children and families got in on the learning opportunities, too, including a Festival of Animals at the College of Veterinary Medicine, mathematics activities for kids in the Mathematics Library, and a Cornell Raptor Program exhibit at Saturday’s Fun in the Sun.

Sharon Lieberman ’82, who attends Reunion almost every year for the intellectual engagement as well as the fun, attended the Law School discussion between Melber and Leo; she watches Melber’s show on MSNBC.

“Every time I come to Reunion, I have a completely new experience,” she said.