Audience members shared 30-second pitches about their own ventures with the group. Photo Credit: Slater Goodman
By Linda Copman March 11, 2020

More than 150 attendees – including Cornell alumni and students from the classes of 1967 through 2022 – converged in New York City on March 5 for the inaugural Women in Entrepreneurship Conference.

Attendees heard from alumni who have founded thriving businesses, about the keys to their successes.

The goal of the conference was twofold: to provide audience members with tangible tips to move their own businesses forward, and to help them connect with Cornell’s powerful entrepreneur and alumni networks.

“It is very important that you get to connect and meet one another,” said moderator Stephanie Cartin ’06.

Cartin said that conference organizers wanted to “share stories of female founders, to empower future generations of entrepreneurs.” The conference was a partnership among the Cornell Entrepreneur Network(CEN), the College of Human Ecology, and Northeast Corridor Office of Alumni Affairs and Development.

It is very important that you get to connect and meet one another.
—Stephanie Cartin ’06, co-CEO of Socialfly and co-host of the Entreprenista Podcast

Building on a legacy of entrepreneurship

Cartin, the co-CEO of Socialfly and co-host of the Entreprenista Podcast, said that conference organizers wanted to “share stories of female founders, to empower future generations of entrepreneurs.” The conference was a partnership among the Cornell Entrepreneur Network (CEN), the College of Human Ecology and the Northeast Corridor Office of Alumni Affairs and Development.

Cartin recounted her experience as an early user of Facebook, which launched during her sophomore year and was only available to Ivy League students. She immediately recognized the marketing power of social media, “and I never looked back,” she said.

Cartin’s business now employs more than 30 people, and she is currently working with Cornell to create a certificate program in social media.

Cartin reminded the gathering that Ezra Cornell was also a successful entrepreneur. “He transformed himself from a laid-off carpenter into global communications mogul,” she said.

Judy Spitz, former CIO of Verizon and executive director of Cornell Tech’s Break Through Techinitiative, talked about how Cornell is cultivating the next generation of entrepreneurs with her colleague Andrea Ippolito ’06, MEng ’07, program director, W.E. (Women Entrepreneurs) Cornell and Cornell Engineering faculty member.

We’re banging on the same doors that we’ve been banging on.
—Judy Spitz, executive director of Cornell Tech’s Break Through Tech

Four years ago, Spitz founded Break Through Tech (originally called WiTNY) in partnership with the City University of New York. The goal was to double the number of undergraduate women in New York state who are studying computer science and entering the tech field. Break Through Tech recently joined Pivotal’s GETCities Initiative and is expanding to Chicago.

“Based on 30 years of being the only woman in the room for most of that time, women are doing okay in the SEM (science, engineering and math) fields,” Spitz said, noting that’s not so for the T (technology) sector, where women’s participation has been stuck at 18 percent since 2006.

“This is a challenge that has ramifications for all of us,” she said. “We’re banging on the same doors that we’ve been banging on, but we’re still not getting through.”

Break Through Tech is working to change these statistics, encourage women to see themselves in tech roles, and foster a sense of belonging for women in the tech workforce. This work involves debunking myths about women in technology, such as the belief that you have to start in middle or high school. “This is baloney,” she said, and it’s one of the “deep-rooted myths that we need to break through to succeed in tech.”

Ippolito said that the W.E. program serves as an “on-ramp for STEM women at Cornell.” Although the College of Engineering is at gender parity in terms of enrollment, she noted that, “we weren’t seeing the same level of STEM women in entrepreneurship.” Ippolito said that, nationwide, just 12 percent of patents go to women.

The W.E. program exposes students to female role models and provides coaching and resources to encourage women entrepreneurs at Cornell. “Programs like this do work,” Ippolito said. “Sixty percent of our eLabs cohort is now women, there’s a laundry list of eCornell women who are launching their own businesses, and Congress is seeing us as leaders.”

Cornell also offers a university-wide minor in entrepreneurship which is open to all undergraduates.

Learning lessons on the road to success

There is so much heart in the hustle.
—Hayley Paige ’07, head designer and creative director, Hayley Paige

These alumni are entrepreneurs who have built companies, whose companies have been acquired, and who invest in entrepreneurs. They shared lessons learned—from how to maintain a successful relationship while running a company, to how to successfully build a team, to how to know when to sell a business.

“The trajectory to success is lined by failures,” said Divya Gugnani. Reflecting on her career, Gugnani shared memories of sleeping under her desk at Goldman Sachs. “I loved every minute of it,” she said.

“When you are working hard, never underestimate yourself,” said Hayley Paige. “There is so much heart in the hustle.”

Watch videos of the conference on demand now. 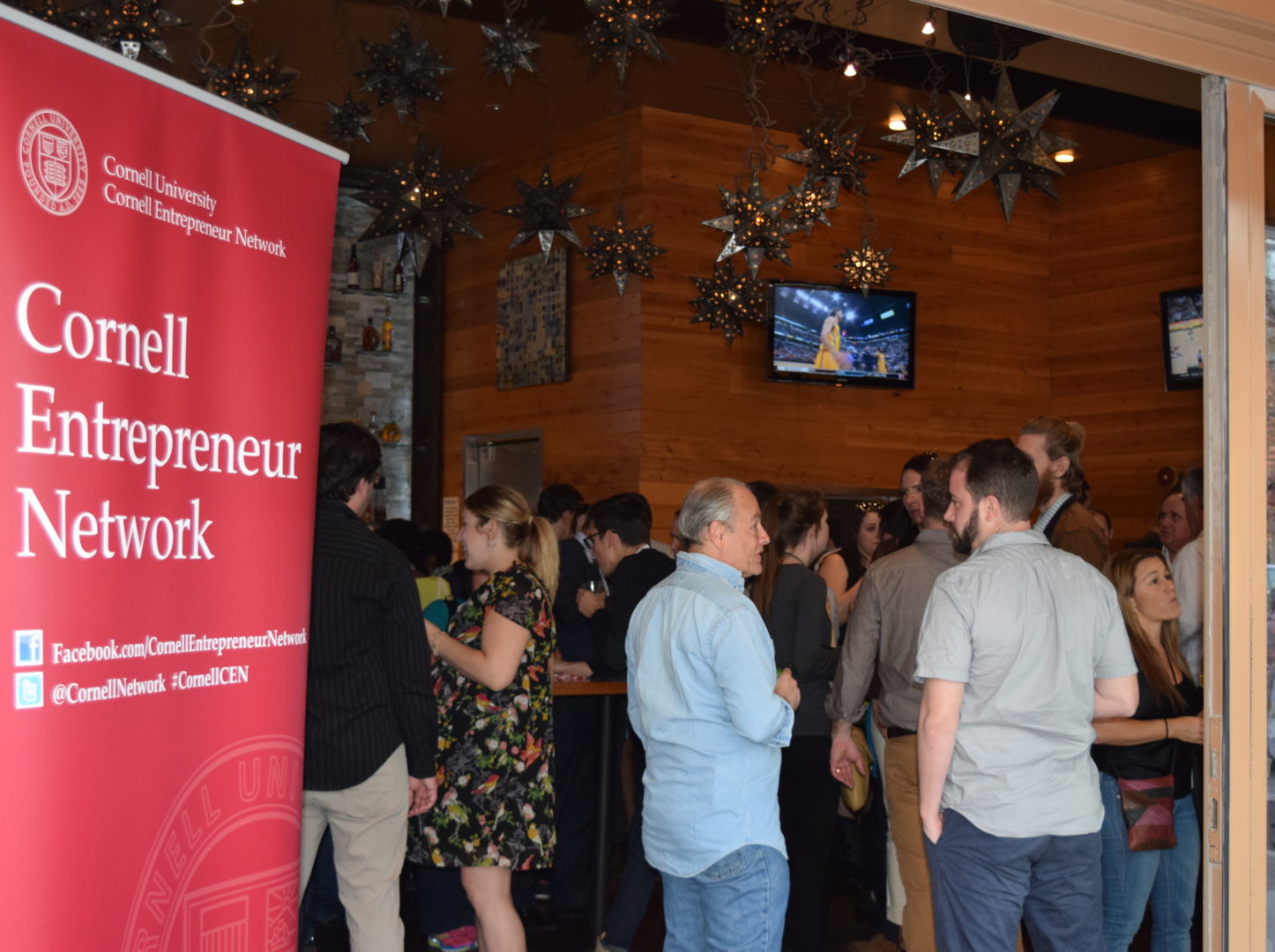 Alumni can subscribe to any and all CEN regions by updating their profile in CornellConnect. Simply log in and edit your Professional Networks Email Preferences.

Not an alumnus/a? Email us at cen@cornell.edu