CSV17 explores the impact of innovation

Mardelle McCuskey Shepley (left), professor in the Department of Design and Environmental Analysis and Associate Director of the Institute for Healthy Futures, leads a panel on innovative design with Rosie Adams MS '08 and Zig Wu MS '11. Photo Credit: Melissa DuBois/AAD

Industry may someday build truly intelligent machines that can learn, behave, and make predictions like people do, said presenters at CSV17: Impact through Innovation, a conference hosted by Cornell Silicon Valley, but only after researchers can develop technology that is as complex as the systems of human biology.

“Don’t think about this as robots walking around and taking our jobs,” said Jeff Hawkins ’79, P ’12, who founded Palm Computing and Handspring and now runs Numenta, a company that focuses on ways to reverse engineer the brain with an eye toward using such a process to create truly intelligent machines. “Our goal is to build machines that can work on principles of the brain, but are not human-like. Imagine a nano robot that can detect proteins in the body but makes decisions like humans would.”

Hawkins joined Subutai Ahmad ’86, P ’14, vice president of research at Numenta, to give the keynote conversation, “Reverse-engineering the brain for intelligent machines.” The event also featured Cornell faculty and alumni who have prominent roles in the finance, technology, biotech, and design industries. Besides discussions of intelligent machines, speakers addressed the way people’s DNA and genetic markers are being used by industry for groundbreaking medical research, to map ancestry and immigration patterns, and in other business and educational applications.

“As we continue to have more and more people participating in genetic studies, we can learn a lot about medicine, but also about where we came from,” said Julie Granka ’08, a manager in personalized genomics for AncestryDNA. She spoke on a panel, “Genetics—it’s personal,” featuring Charles Aquadro, Charles A. Alexander Professor of Biological Sciences in the Department of Molecular Biology and Genetics, and three other alumni. 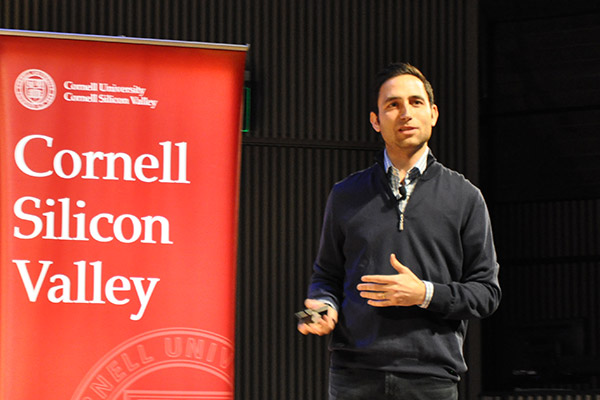 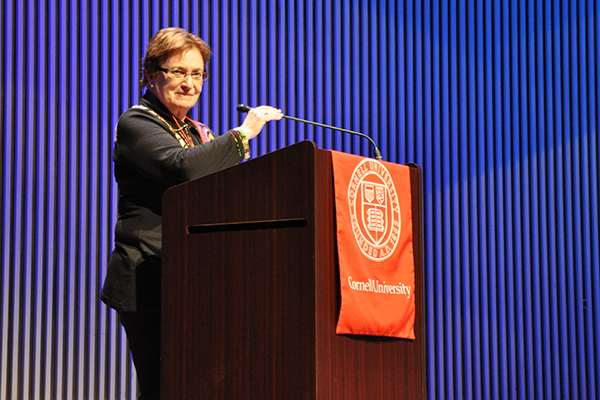 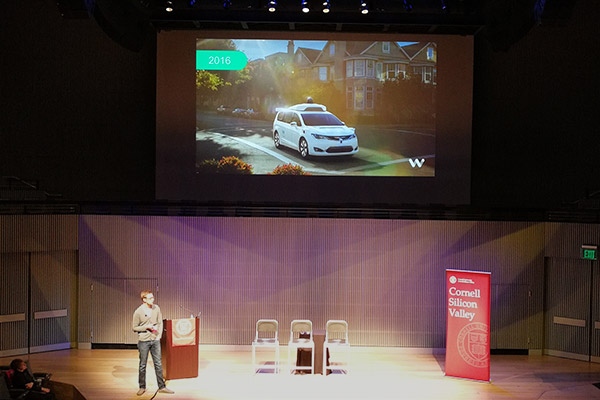 Other highlights from the daylong conference included:

Attendees enjoyed a presentation by Sanford I. “Sandy” Weill ’55, chairman emeritus of Citigroup, CEO of Casa Rosa Ventures, and noted philanthropist. He spoke about his career in the financial industry and about how Cornell shaped his experience, both in business and in the steps he and his wife Joan have taken in their global philanthropy. Provost Michael Kotlikoff closed the program with remarks from campus, highlighting radical collaborations taking place across colleges and disciplines and speaking about the importance of enriching the student experience on campus.

Watch recordings of these CSV17 presentations.