This high-energy show of Cornell songs, fun facts, and class spirit draws alumni of all classes.

Alumni started to gather in Bailey Hall nearly an hour early for Cornelliana Night 2016, a highlight of Reunion.

“I never miss!” said Emily Weinwurm ’56, as she waited for red-and-white-clad alumni of the Cornell University Chorus and Glee Club to take the stage.

For older alumni, the rollicking, packed-house event held on the Saturday night of every Reunion brings back memories of times when students sang Cornell songs at football games, in the dorms at night, and even at mealtimes.

“Songs were important when we were students,” said Alex Cicchinelli ’56. “It’s good to see the young people singing them.”

“A friend said we should come because it made him cry!” said Pryce. She was looking forward most to hearing the alma mater.

Harold “Tink” Eichell MBA ’74 came to Cornelliana Night well-prepared. His wife, Nanette Eichell ’71, was performing in the chorus, and the two of them had practiced during the drive from their home in Kentucky to Ithaca by listening to a recording of Cornell songs.

“It really is an amazing experience,” Eichell said, “and you have to know the words.”

For those who hadn’t boned up on the way to Ithaca, words to popular Cornell songs were printed in the program.

After a rousing welcome from Jim Mazza ’88, associate vice president for the Office of Alumni Affairs, the alumni Chorus and Glee Club kicked off the music with “Give My Regards to Davy” and “Crew Song.” A piano duet banged out an accompaniment, and much of the audience sang along.

There followed loud cheers for everyone who made Reunion 2016 possible, from Reunion class chairs and volunteers to student clerks, drivers, and alumni affairs staff. Simon Krieger ’76, MBA ’77, president of the Cornell Association of Class Officers thanked Reunion 2016 leaders and volunteers and recognized milestones. 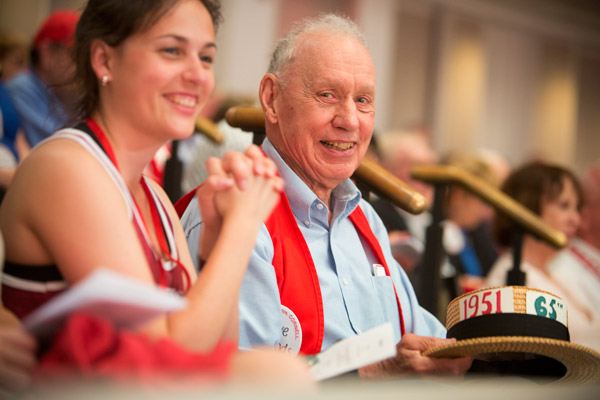 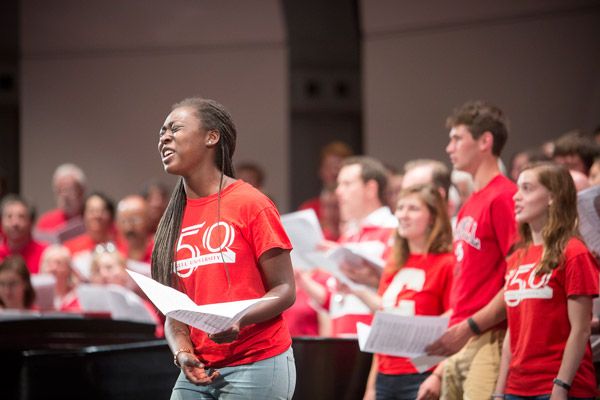 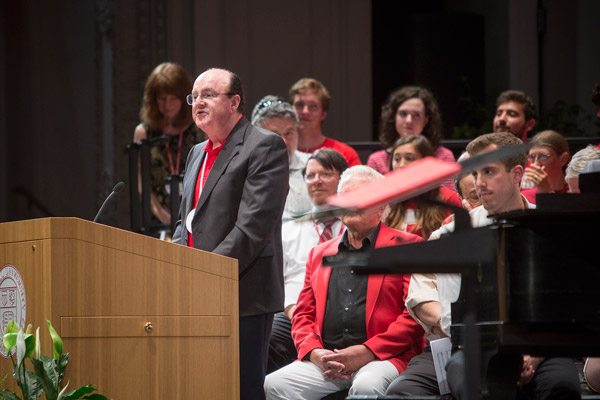 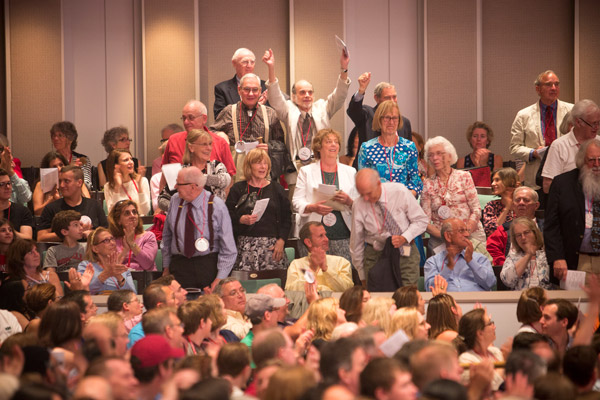 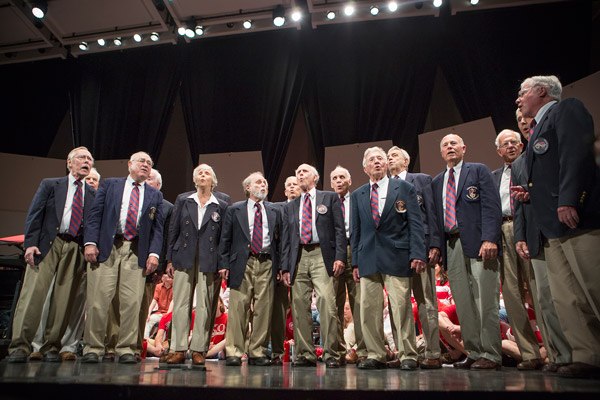 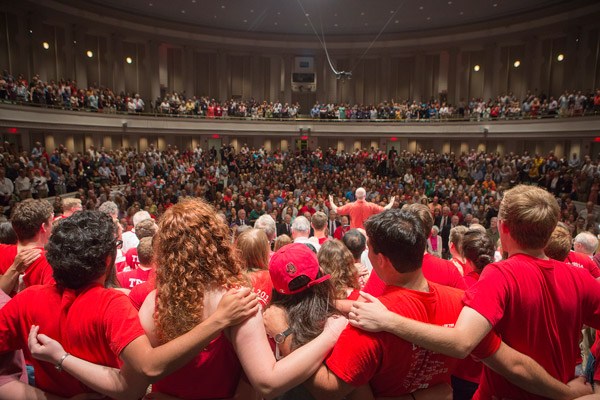 First-time Reunion attendees stood to welcoming applause, followed by attendees from the professional schools; the Cornell Native American Alumni Association, which held a special reunion this year; and the Continuous Reunion Club (CRC), whose members participate every year.

“They cannot get enough of this place!” said Krieger of CRC.

He noted that Reunion attendance included more than 6,000 alumni, family members, and friends from 47 states—Mississippi, Montana, and Wyoming got a few hisses and groans for non-attendance—and 32 countries. Reunion campaigns raised $137 million for Cornell.

“You are the secret sauce that makes being a Cornellian so delectable,” said Krieger.

After both light-hearted and serious performances by the alumni Chorus and Glee Club, including singing “The Hill” in memory of late Cornell president Elizabeth Garrett, Cornelliana Night 2016 concluded, as all Cornelliana Nights do, with “Evening Song” and the alma mater.

Performers and audience members sang in four-part harmony, with all who could stand swaying together. More than 75 years of memories were palpable.

“I’ve never missed a Cornelliana Night,” said Peter Thaler ’56, who has attended every one of his Reunions since 1971. “The alma mater is a highlight. It’s one of the very few things in my life that brings tears to my eyes.”